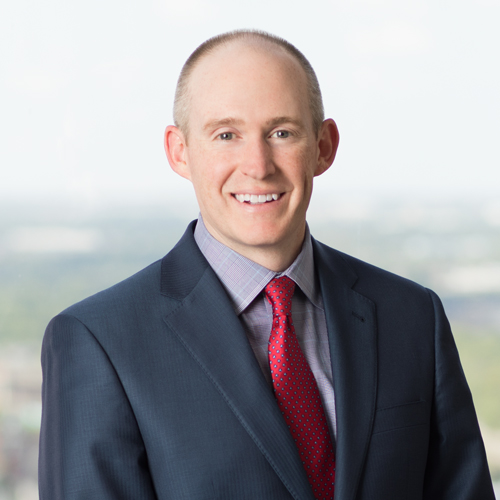 For many years, a property owner seeking compensation from a state or local government for an uncompensated property taking was relegated to filing an action for inverse condemnation in state court.  In Ohio, for example, that procedure requires the property owner to seek an extraordinary writ of mandamus, which can be very difficult (and expensive) to obtain.  In a significant victory for property owners, the U.S. Supreme Court recently held in Knick v. Twp. of Scott, Pennsylvania, 139 S.Ct. 2162 (2019) that such a property owner can now bring an action in federal court to recover just compensation for a violation of its rights under the Fifth Amendment to the U.S. Constitution, known as the Takings Clause.

In Knick, the Township of Scott, Pennsylvania, passed an ordinance requiring that “[a]ll cemeteries ... be kept open and accessible to the general public during daylight hours.” Rose Mary Knick, whose 90-acre rural property has a small family graveyard, was notified that she was violating the ordinance. Knick filed suit in the U.S. District Court for the Middle District of Pennsylvania under the civil rights statute, 42 U.S.C. § 1983, alleging that the ordinance violated the Takings Clause.

The District Court dismissed Knick’s claim on the authority of Williamson County Regional Planning Comm’n v. Hamilton Bank of Johnson City, 473 U.S. 172, 105 S.Ct. 3108.  In Williamson County, the U.S. Supreme Court held that a property developer’s federal takings claim was premature because he had not sought compensation through the state’s inverse condemnation procedure. The Third Circuit Court of Appeals affirmed the District Court’s decision.

The Supreme Court in Knick reversed the lower courts and overruled Williamson County, holding that a government violates the Takings Clause the moment it takes property without paying just compensation, and a property owner may bring a Fifth Amendment claim under § 1983 at that time. The Court further held that the availability of an after-the-fact compensation remedy, such as an inverse condemnation claim under state law, cannot bar or diminish the property owner’s federal constitutional claim.  The Knick Court was careful to point out, however, that its holding does not mean that federal courts would enjoin state and local governments’ activities that amounted to takings, so long as an after-the-fact compensation remedy was available.

Central to the Supreme Court’s decision in Knick was its earlier holding in San Remo Hotel, L. P. v. City and County of San Francisco, 545 U.S. 323, 125 S.Ct. 2491, which dramatically changed the impact of Williamson County.  In this regard, the Court in Knick noted that the Williamson County Court anticipated that if the property owner failed to secure just compensation under state law in state court, he would be able to bring a then-ripe federal takings claim in federal court. But as the Supreme Court later held in San Remo, a state court’s resolution of a claim for just compensation under state law generally has preclusive effect in any subsequent federal suit. After San Remo, therefore, the takings plaintiff found himself in a Catch-22: he could not go to federal court without going to state court first. However, if he went to state court and lost, his claim would be barred in federal court. The Knick Court called this “the San Remo preclusion trap” and held that it imposed an unjustifiable burden on takings plaintiffs.

Knick was a 5/4 decision, with the majority opinion, in which the five conservative Justices joined, authored by Chief Justice John Roberts. Justice Elena Kagan authored a blistering dissenting opinion, in which the four more liberal justices joined. The dissent viewed the majority’s decision as a departure from well-established precedent to the effect that no constitutional violation occurs where the taking precedes the payment of just compensation, so long as an after-the-fact compensation mechanism was in place.

The dissent also considered the “San Remo preclusion trap,” but reasoned that it was a factor weighing in favor of following the precedent set by Williamson County, rather than overruling it and injecting uncertainty into the law.  Noting that the principle of stare decisis — the policy in favor of following, rather than reversing, precedent—had “enhanced force” where Congress had the ability to override the prior decision, the dissent focused on the fact that San Remo was based on the Court’s interpretation of the Full Faith and Credit Statute, 28 U.S.C. § 1738, and that Congress, therefore, had the ability to dispose of the preclusion trap.

Additionally, the dissent warned that the Court’s decision would send a flood of cases to federal court that more properly belong in state court, since the outcomes of those cases will often be determined based on sometimes-complicated questions of state law, which federal courts have no experience or particular expertise in resolving.

Perhaps the most significant take-away from Knick is its focus on “restoring takings claims to the full-fledged constitutional status the Framers envisioned when they included the Clause among the other protections in the Bill of Rights.”  Knick, 139 S.Ct. at 2170. In other words, a property owner’s right to just compensation for a property taking now stands on equal footing with other civil rights. Time will tell whether the Court continues to increase protections for property rights in future cases.

The new option to file in federal court will doubtless be attractive to property owners suffering from uncompensated takings, be they physical or regulatory in nature, for a couple of reasons.  First, federal judges typically do not have the same close affiliations with the state and/or local government that state court judges have. Depending on the jurisdiction, that may make federal court a more hospitable forum for property owners.

Second, a § 1983 action in federal court opens up the possibility, lacking in many states, that a property owner’s attorney’s fees may be covered, since 42 U.S.C. § 1988 grants the court the discretion to award the prevailing party its reasonable attorney’s fees and costs in a § 1983 action. That possibility may make attorneys more likely to take cases they might otherwise have passed on for economic reasons.

As ever, eminent domain is a specialized area of practice, and property owners should consult with qualified legal counsel before deciding whether to pursue uncompensated takings claims in state or federal court.

For more information, please download the PDF of this article for a list of related Roetzel attorneys.