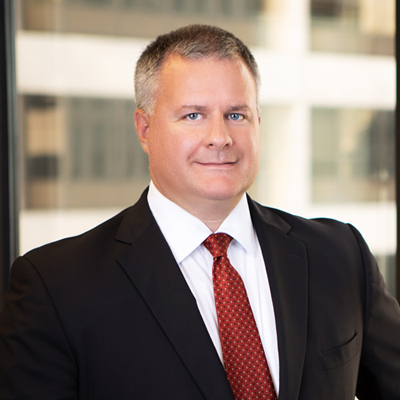 Roetzel & Andress is pleased to announce that it has chosen attorney Chad M. Sizemore to assume the role of Shareholder-in-Charge of the firm’s Cincinnati office.  Sizemore undertakes the role following the decade-long tenure of shareholder Eric G. Bruestle.

“While I am very sorry to see Eric step down, having lead our Cincinnati office in such an exemplary fashion for so many years, I am also quite pleased that Chad has agreed to take on the role,” said Roetzel’s Chairman Robert E. Blackham. “Since arriving at Roetzel, Chad has shown enormous commitment to our clients and to our Cincinnati office and I know he will do a splendid job in this leadership position.”

In his day-to-day practice of law, Sizemore represents commercial drivers, motor carriers, and insurers in the transportation industry. He defends personal injury, wrongful death, and cargo claims, and he evaluates and litigates casualty and cargo insurance coverage disputes. In addition, he consults on liability and coverage issues across the country. Aside from his transportation practice, Sizemore represents companies in arbitration proceedings involving disputes over vehicle service agreements. He is also a member of Roetzel’s Emergency Response Team, where he coordinates the early response and investigation of accidents of varying size and severity across multiple jurisdictions.

Sizemore earned his J.D. at the University of Cincinnati College of Law, and his undergraduate degree from Miami University. He is licensed to practice law in the states of Ohio, Kentucky and Tennessee, in addition to the District of Columbia and multiple federal courts across Ohio, Kentucky and Indiana.