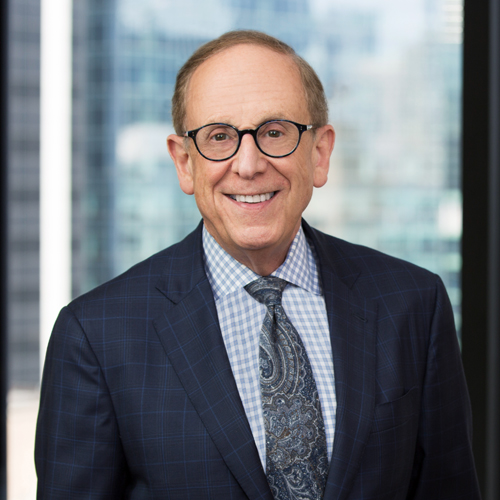 The Social Security Act grants the Centers for Medicare and Medicaid Services (“CMS”)  the authority to impose a moratorium on enrollment of home health agencies (“HHAs”) in the Medicare and Medicaid programs if CMS determines that this is necessary to prevent or combat fraud, waste or abuse. Pursuant to this authority, CMS had imposed a moratorium on the enrollment of new HHAs in Illinois, Michigan, Texas and Florida. The moratorium had been in effect in Cook County and the surrounding collar counties since 2013, and in all of Illinois since 2016. CMS terminated all of these moratoriums on January 30, 2019.

HHAs may select one of following three options for Medicare claims submitted during the first six months of the Review Choice Demonstration (the “Initial Choices”):

Choice 1 - Pre-claim review. Under this choice,  the HHA submits a request for a pre-claim review. If the claim is affirmed, it can then be submitted for payment. A claim which is initially not affirmed can be re-submitted with the additional information or documentation requested. If a claim is submitted without a pre-claim affirmation, the payment otherwise made will be reduced by 25%. If the requirements for pre-claim review are satisfied, the claim will be paid absent evidence of possible fraud or gaming, and the claim will be excluded from future medical review, unless fraud is suspected.

CMS’ Review Choice Demonstration for Home Health Services Operational Guide (updated April 3, 2019) states that the HHA and beneficiary will be notified of the results of a pre-claim review within ten business days after submission of the request. Notification of the decision on a resubmitted pre-claim review request will be sent within 20 business days. There is no certainty that the Medicare Administrative Contractor (“MAC”) will be able to consistently meet those goals. Accordingly, in making its Initial Choice, an HHA should take into consideration the adverse impact on cash flow from delays in payment which may be encountered under Choice One.

Choice 2 – Postpayment review. Postpayment review claims submitted by an HHA will be processed for payment in the ordinary course. At the end of the six-month period, all claims submitted by the HHA will undergo a postpayment medical review which could require the HHA to submit additional documents and result in the recoupment of amounts which are determined in the course of the review to be overpayments. The HHA still will have all appeal rights available for denied claims.

The complete review of every claim submitted by an HHA is likely to increase the amount of time and resources which the HHA will need to devote in responding to requests for additional information and documentation.

An HHA that does not affirmatively select an Initial Choice will be assigned Choice 2.

Choice 3 - Minimal postpayment review with a 25% payment reduction. An HHA will submit claims under the normal claims process; however, all claims submitted during the course of the Review Choice Demonstration will be subject to a 25% reduction in payment. An HHA selecting this option will not be able to change to another option during the five-year demonstration period.

While claims submitted under Choice 3 will not be subject to a MAC “targeted probe and educate” review, they may be subject to a Recovery Audit Contractor (“RAC”) review and, if fraud is suspected, review by a Unified Program Integrity Contractor (“UPIC”). The HHA will still have all appeal rights for denied claims, but the 25% reduction under Choice 3 is not appealable.

Choice 1 -  Pre-Claim Review. If an HHA’s affirmation rate remains at least 90%, the agency may either begin or continue Choice 1-Pre-claim Review or choose one of the other Subsequent Choices.

Choice 4 - Selective Postpayment Review. Under this choice, an HHA will submit claims in the ordinary course. Every six months, the MAC will select a statistically valid sample of claims for postpayment review. An HHA selecting Choice 4 may not thereafter select one of the other Subsequent Choices for the balance of the Demonstration.

Choice 5 - Spot Check Review. An HHA selecting this choice will pick a random sample of 5% of its submitted claims (based on its previous six-month’s claim volume) for pre-payment review.

An Illinois HHA that participated in the 2016 Pre-Claim Demonstration and had an affirmation rate of 90% or greater (with at least ten requests submitted) can choose one of the Subsequent Choices and does not need to pick one of the Initial Choices for its first six months under the Review  Choice Demonstration.

An HHA that does not select a Subsequent Option by the selection deadline (which is typically the two- week period prior to the commencement of a new six-month cycle) will be designated as picking Choice 4–Selective postpayment review for the remainder of the Demonstration.

CMS believes the Review Choice Demonstration will put it in a better position to identify and prevent fraud, protect beneficiaries from harm and safeguard taxpayer dollars. CMS also expects that the Demonstration will ensure that payments are made at the right time for the right services, protect Medicare funding from improper payments, reduce the number of claim appeals and improve provider compliance with Medicare program requirements. While CMS claims that the Demonstration will not create new documentation requirements, the additional burden which this will place on HHAs remains to be seen. What seems clear, however, from the scope and duration of this Demonstration, is that HHAs with robust compliance programs and procedures will be best situated to deal with the unknowns which may be encountered during the course of this Demonstration.

If you have any questions regarding this topic or other healthcare-related matters, please contact us.