Are Violations of the FMCSRs Admissible to Show Negligence in a Trucking Case? Not According to the Sixth Circuit 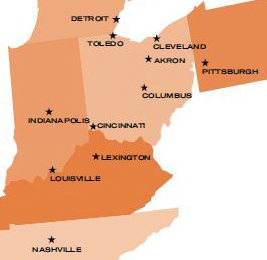 In trucking cases, plaintiff’s lawyers like to use the Federal Motor Carrier Safety Regulations (“FMCSRs”) against trucking companies and their drivers. Sometimes the FMCSRs are used to argue that truck drivers are “professional drivers” and should be held to a higher standard of care than drivers of passenger vehicles. The U.S. Sixth Circuit Court of Appeals recently issued an opinion that can assist the defense with these tactics. In Jones v. Wiseman, 2020 WL 7587481 (6th Cir., Dec. 22, 2020), the Sixth Circuit upheld the trial court’s pre-trial order excluding any reference to the FMCSRs at trial due to the limited probative value of the evidence and the risk of confusing or misleading the jury with respect to the applicable standard of care for the truck driver.

In Jones, the plaintiff alleged the defendant truck driver hit her while attempting a right turn from the left lane. At the truck driver’s deposition, the plaintiff’s attorney questioned the truck driver about his obligations under the FMCSRs and his status as a professional driver. At trial, the plaintiff’s attorney wanted to show violations of the FMCSRs, including 49 C.F.R. § 383.110 (requiring commercial drivers to have knowledge and skills needed for safe operation), 49 C.F.R. § 383.111 (covering general areas of knowledge required, including “the importance of a proper visual search”), and 49 C.F.R. § 390.11 (requiring motor carriers to require compliance with the FMCSRs). Plaintiff argued the FMCSRs were relevant and admissible because they provide instruction on how to safely operate a commercial vehicle and set safety and operation standards for companies and individuals operating commercial vehicles. The trial court granted the defendants’ motion in limine, excluding reference to the FMCSRs at trial.

On appeal, the Sixth Circuit upheld the trial court’s decision. The Court found that evidence of FMCSRs and violations of the FMCSRs probably meets the Rule 401 relevancy test by showing the knowledge and skills necessary to safely operate a CMV as opposed to a passenger vehicle. However, the Court found the probative value was minimal because the FMCSRs do not show what a driver should have done under the circumstances of a specific accident, and in fact did not show whether the truck driver did anything wrong at all. The Court also found that evidence of the FMCSRs presented a substantial danger of confusing the issues and misleading the jury as to the appropriate standard of care:

There is a very fine and potentially confusing distinction between the use of statutory or regulatory standards to set the standard of care (negligence per se) and resort to those standards to simply measure the reasonableness of one’s actions under the standard of care (some evidence of negligence). Tennessee cases have suggested that the latter use of statutes or regulations may be proper. But still introduction of the FMCSRs may have entailed a substantial danger of leaving the jury confused about whether the standard was ordinary care or something else given the federal regulation of CMV operators.

Keep Jones in mind when defending a case where the plaintiff’s attorney is trying to use the FMCSRs against trucking companies and their drivers. Jones and its analysis can also be used in conjunction with cases that have held the standard of care for truck drivers is reasonable care, not some higher standard for “professional drivers.” See, e.g., Gruenbaum v. Werner Enterprises, Inc., 2011 WL 563912, *4 (S.D. Ohio, Feb. 2, 2011) (holding that FMCSRs do not establish a heightened standard of care for truck drivers).

If you would like more information on this or other issues relating to transportation, please contact any of the listed attorneys.